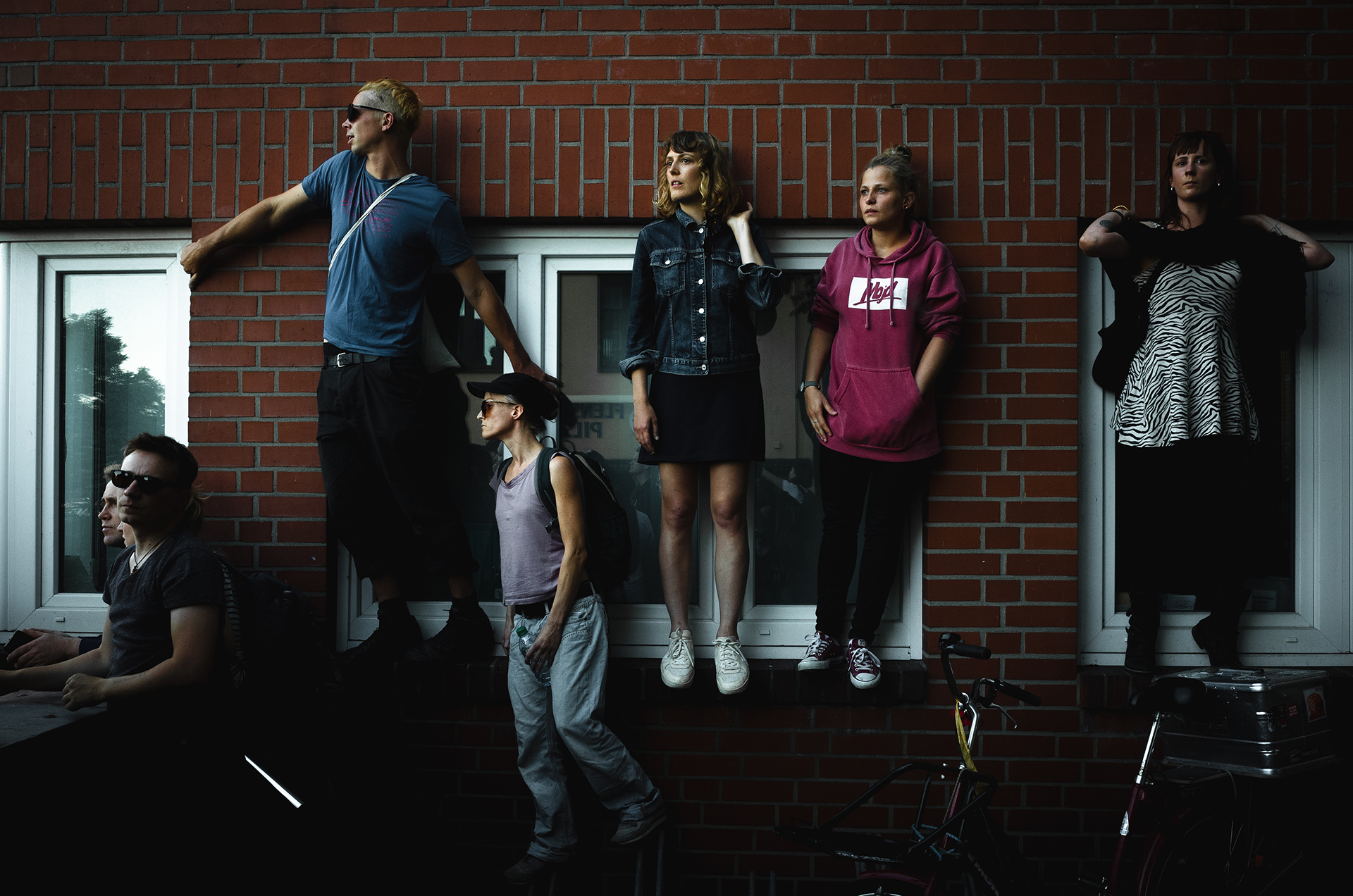 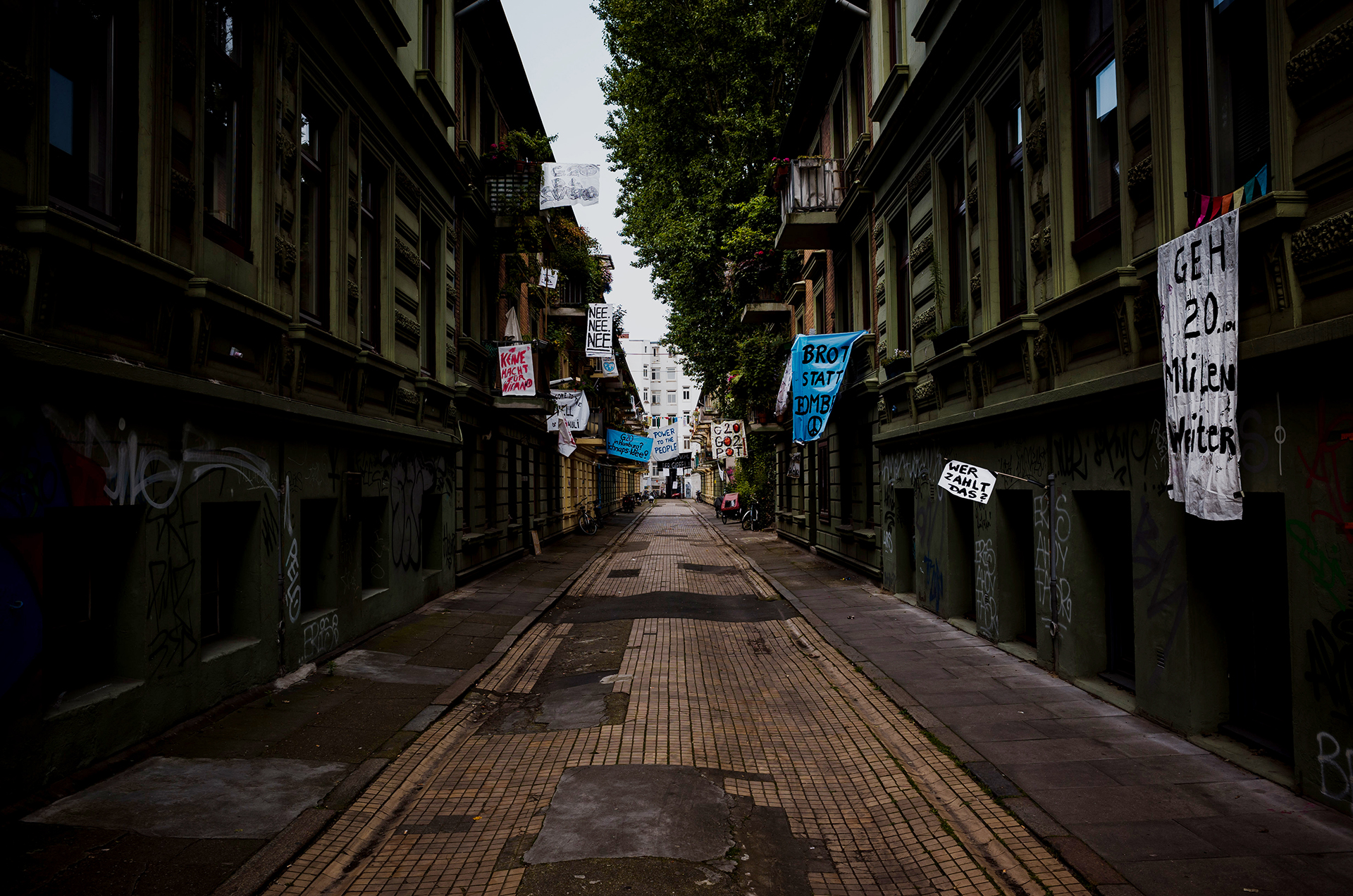 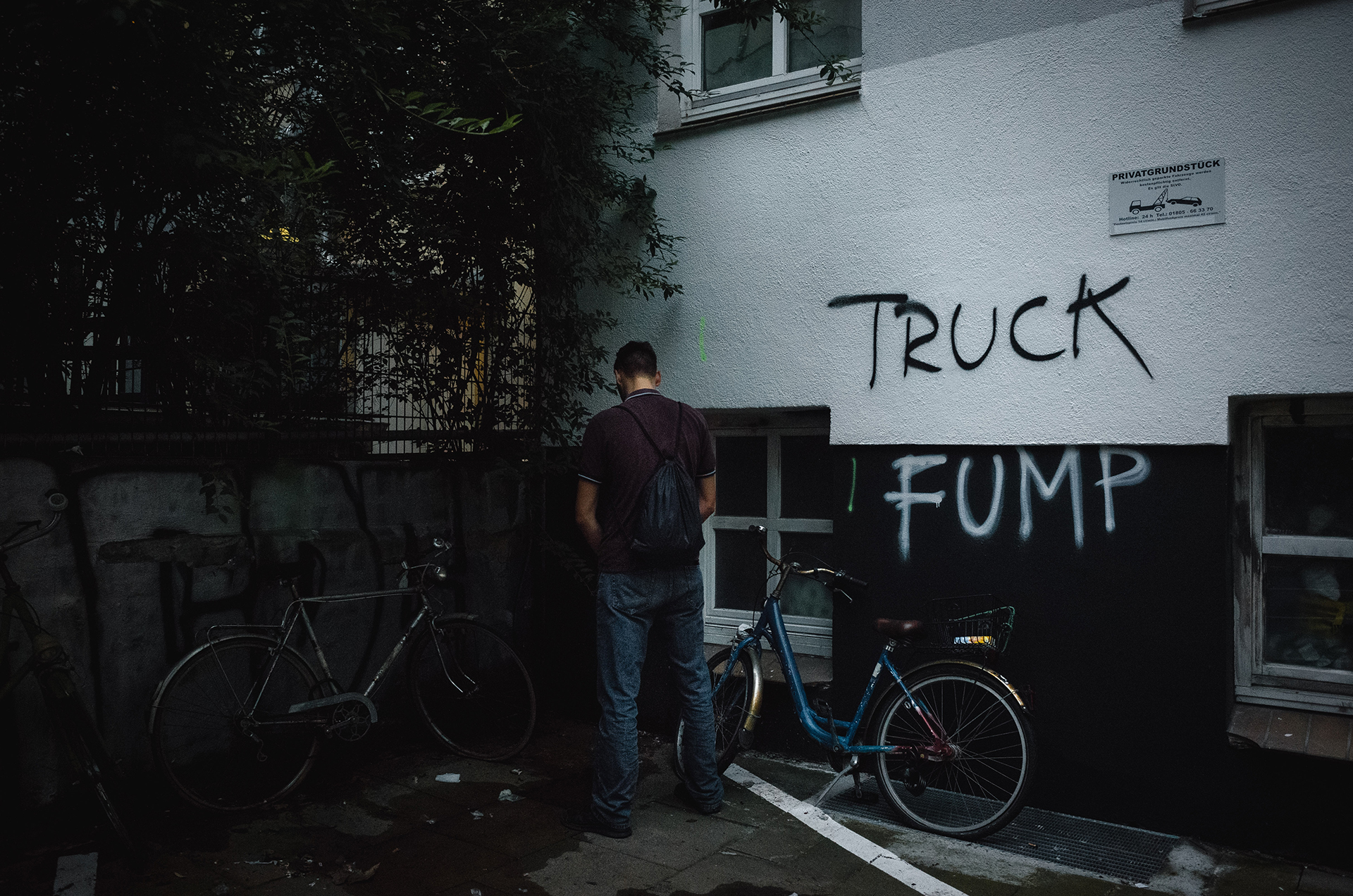 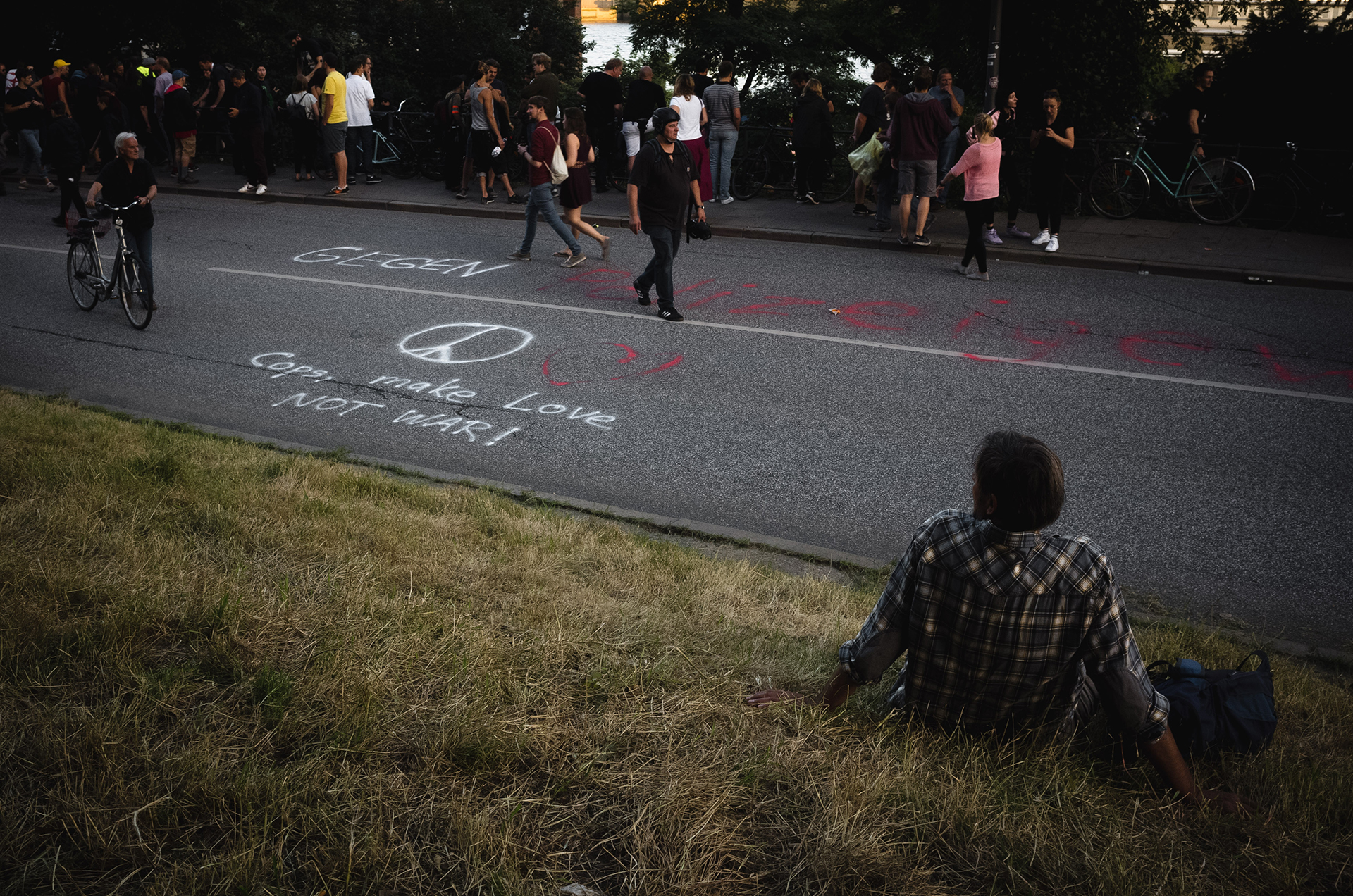 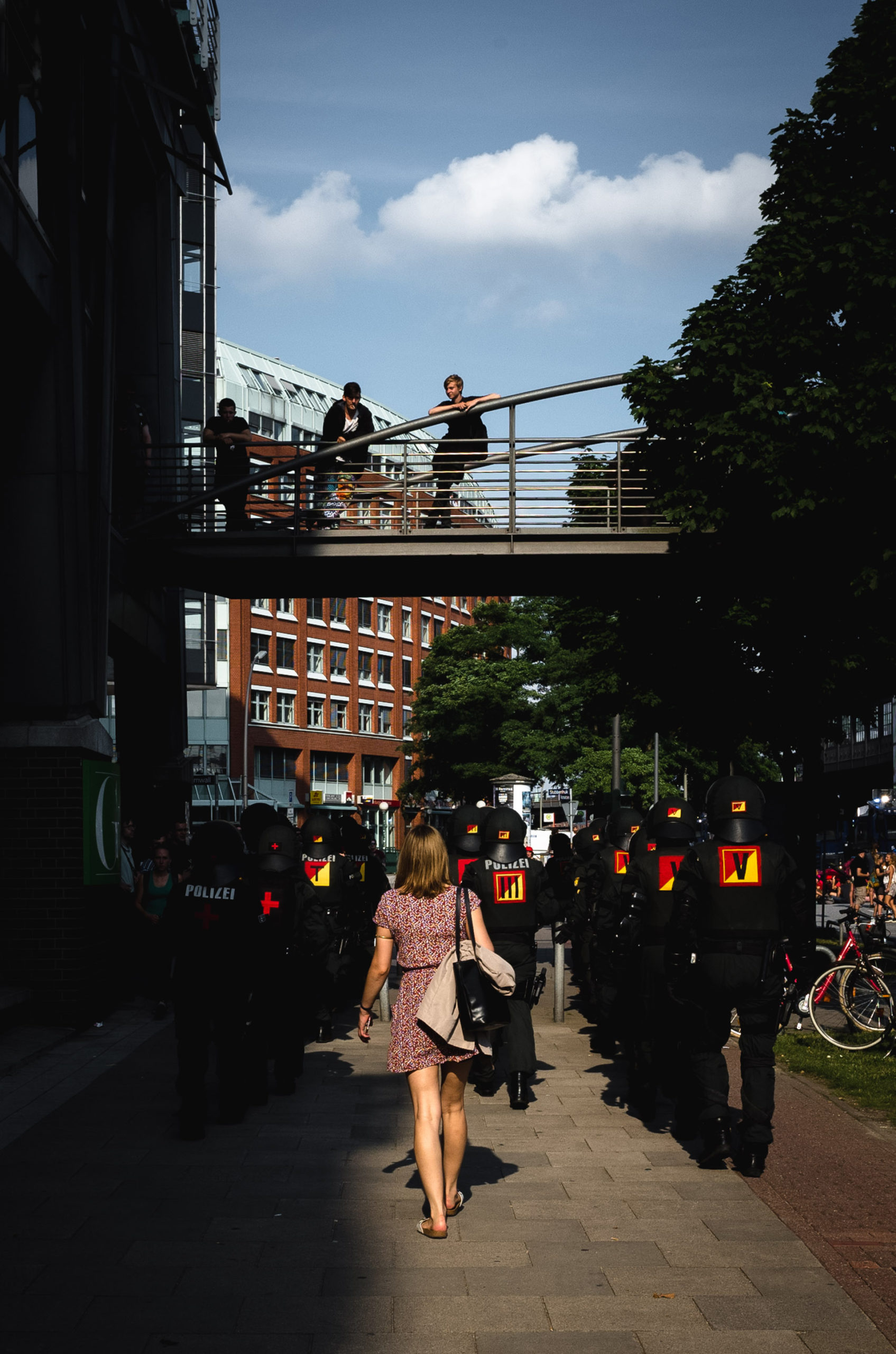 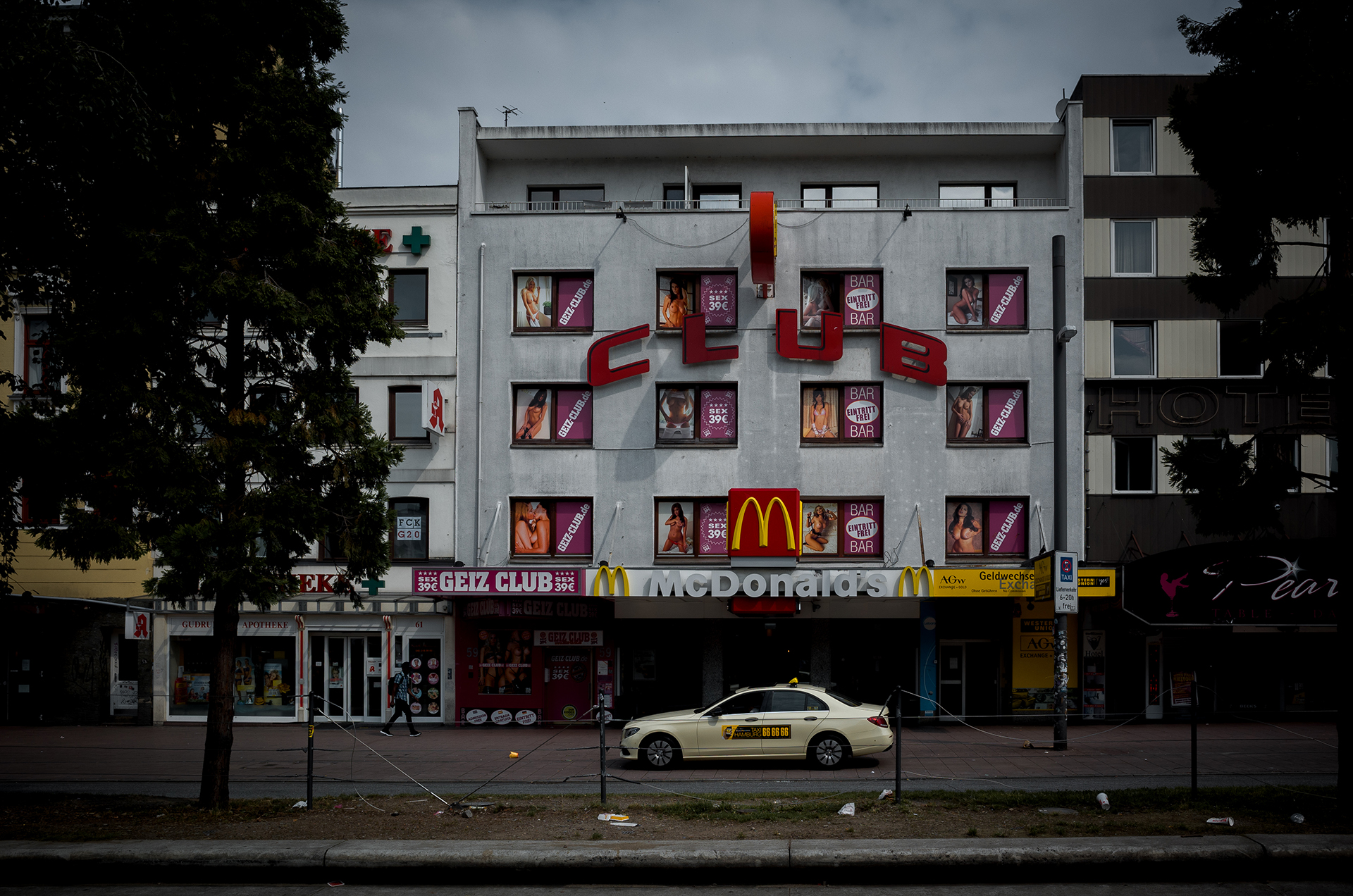 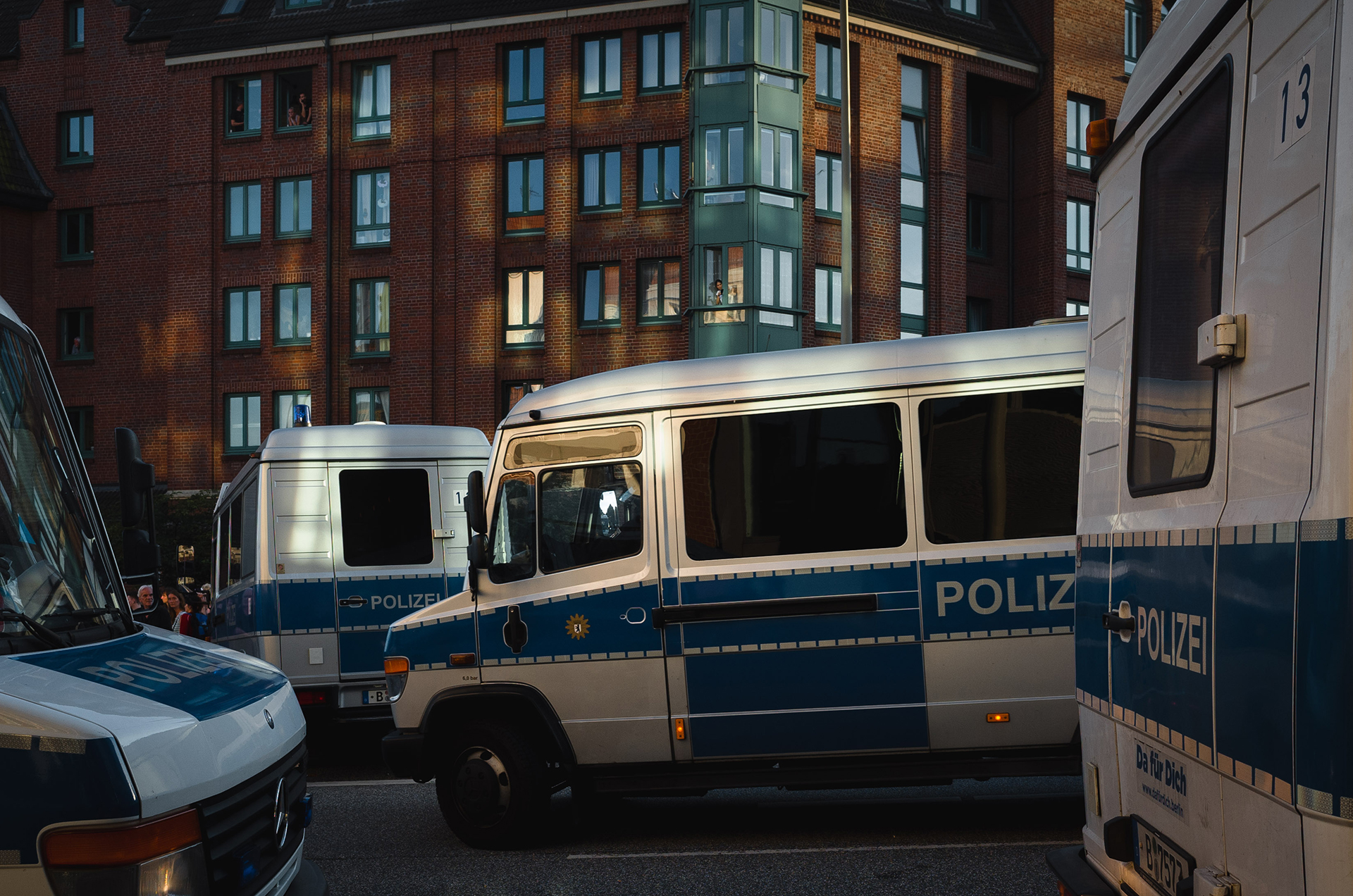 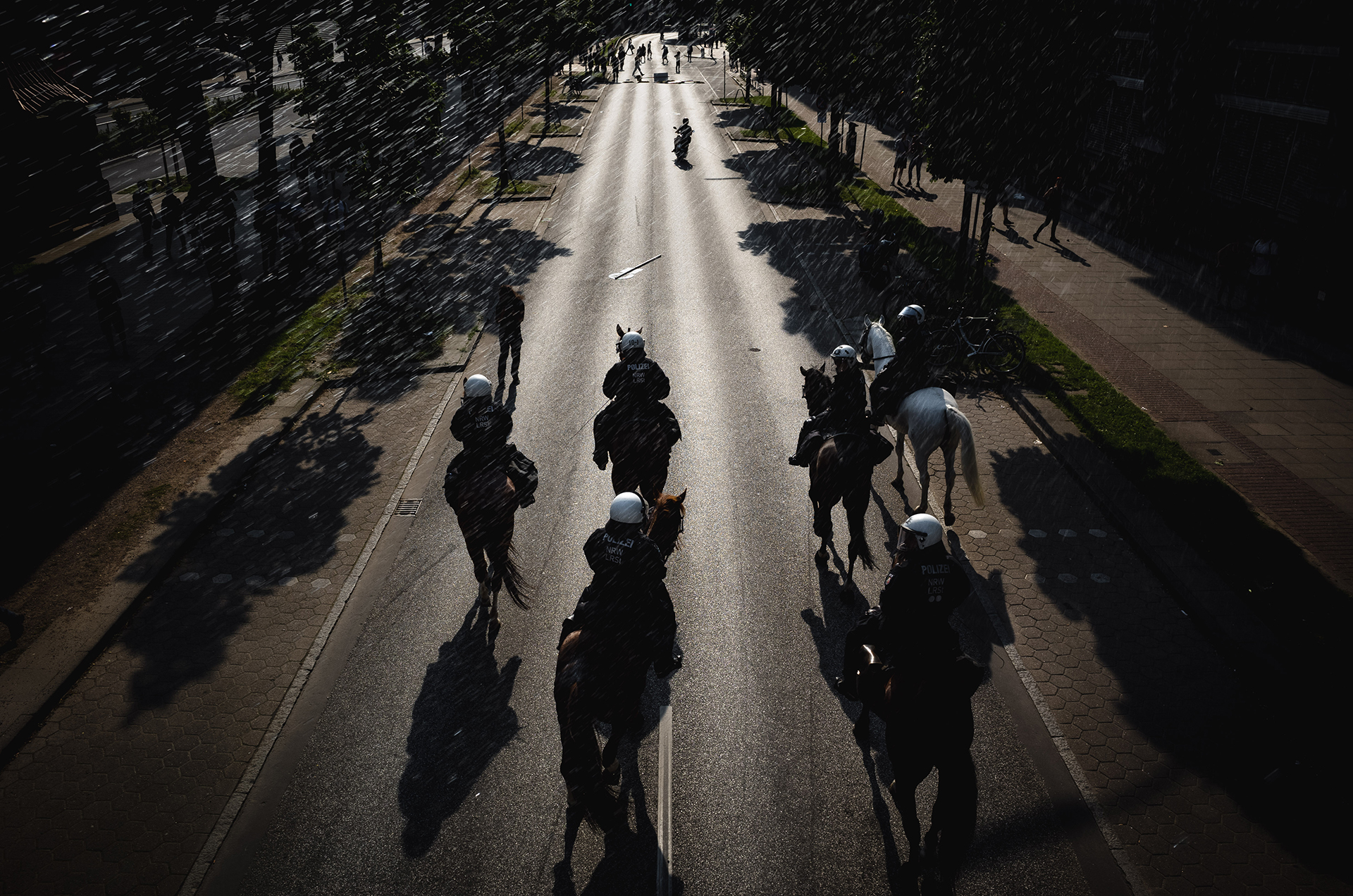 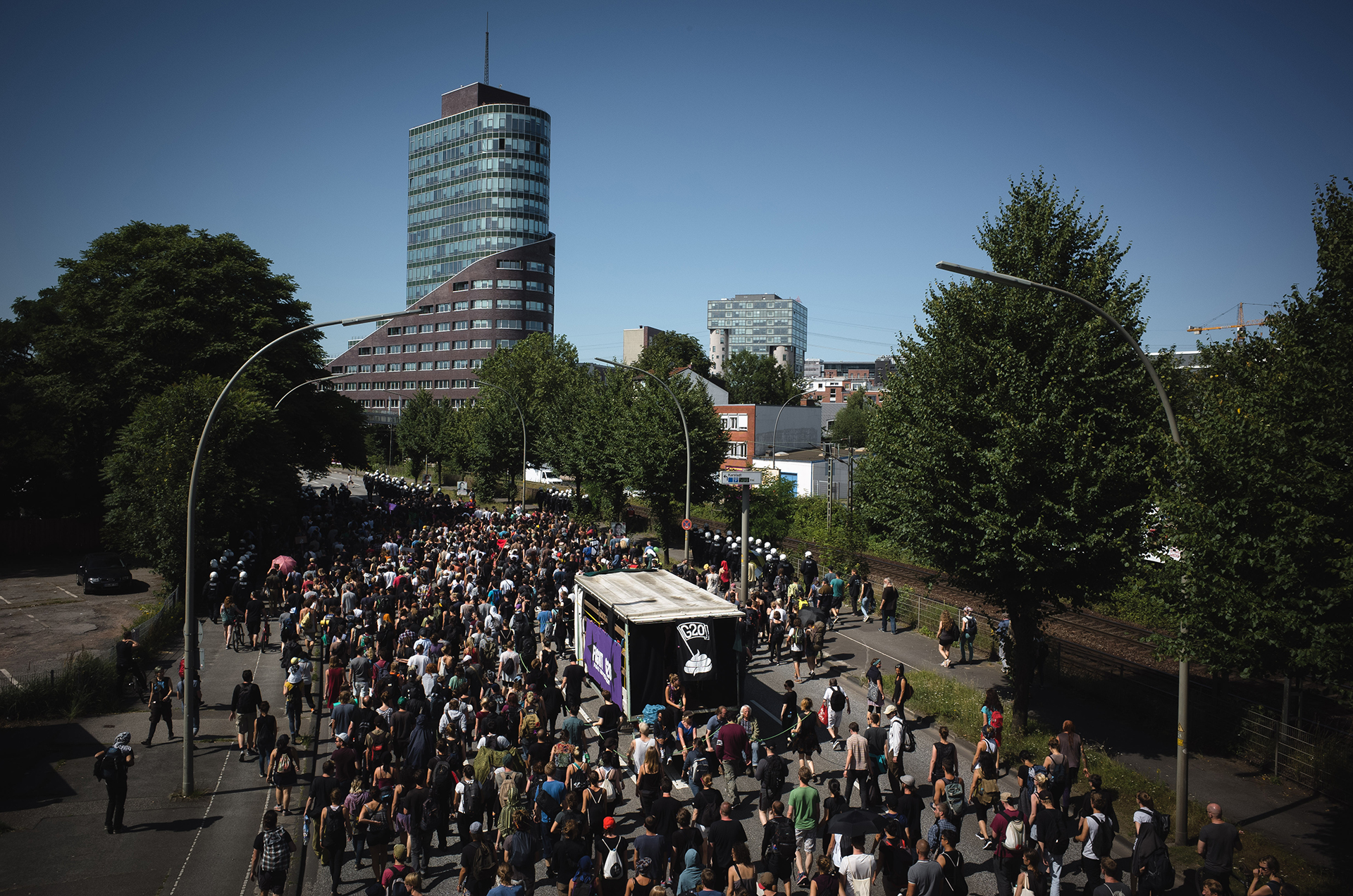 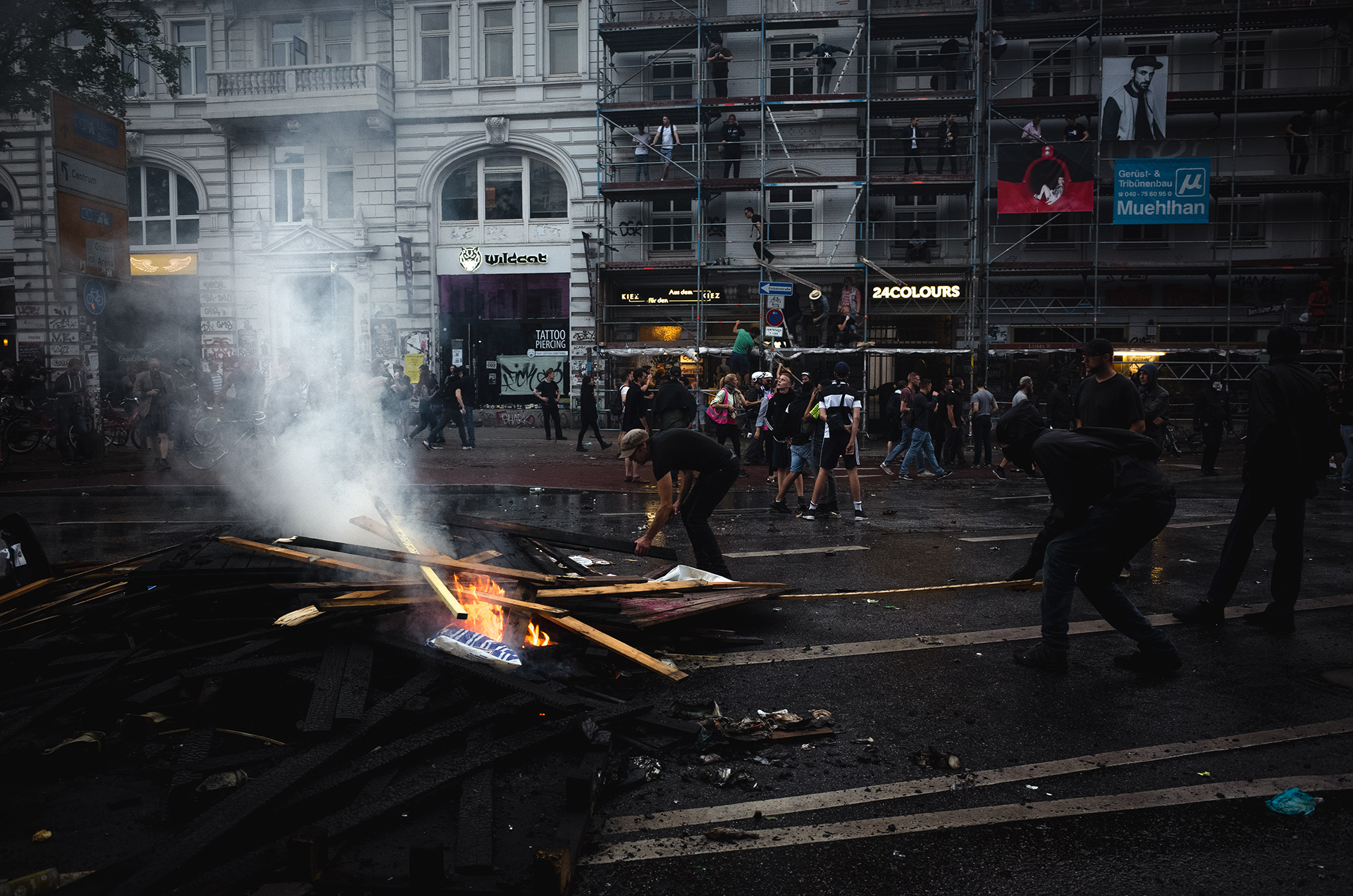 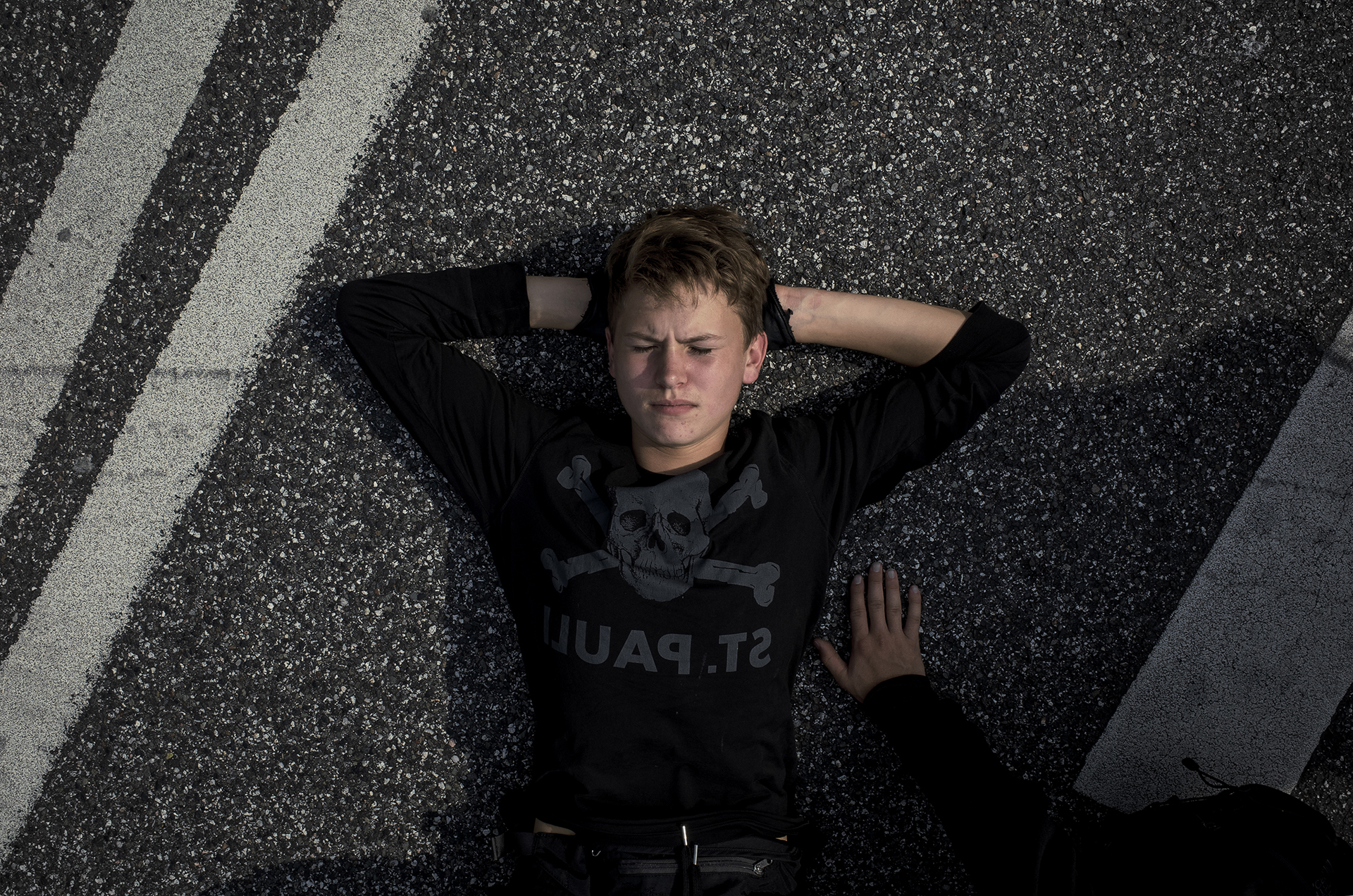 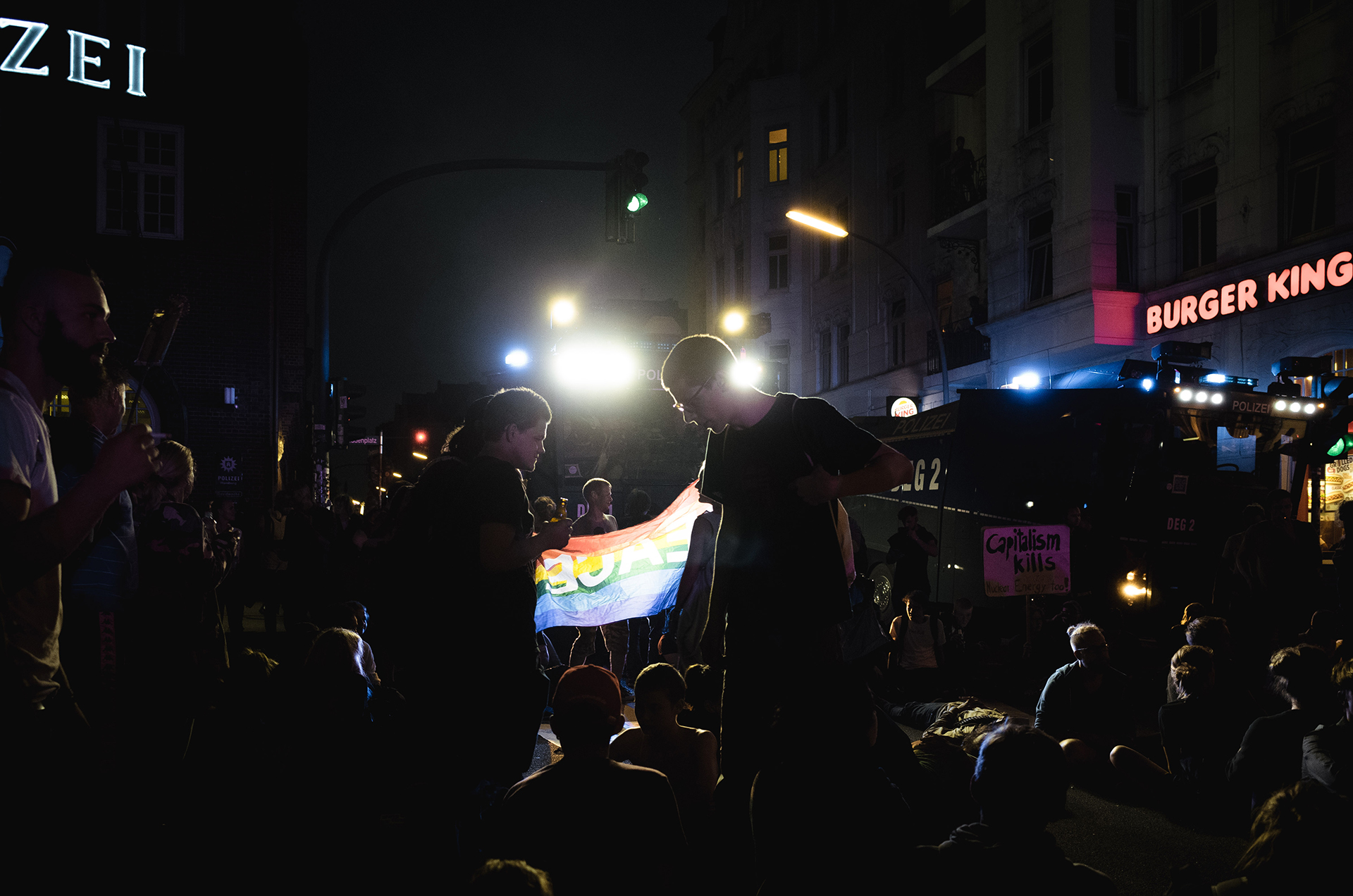 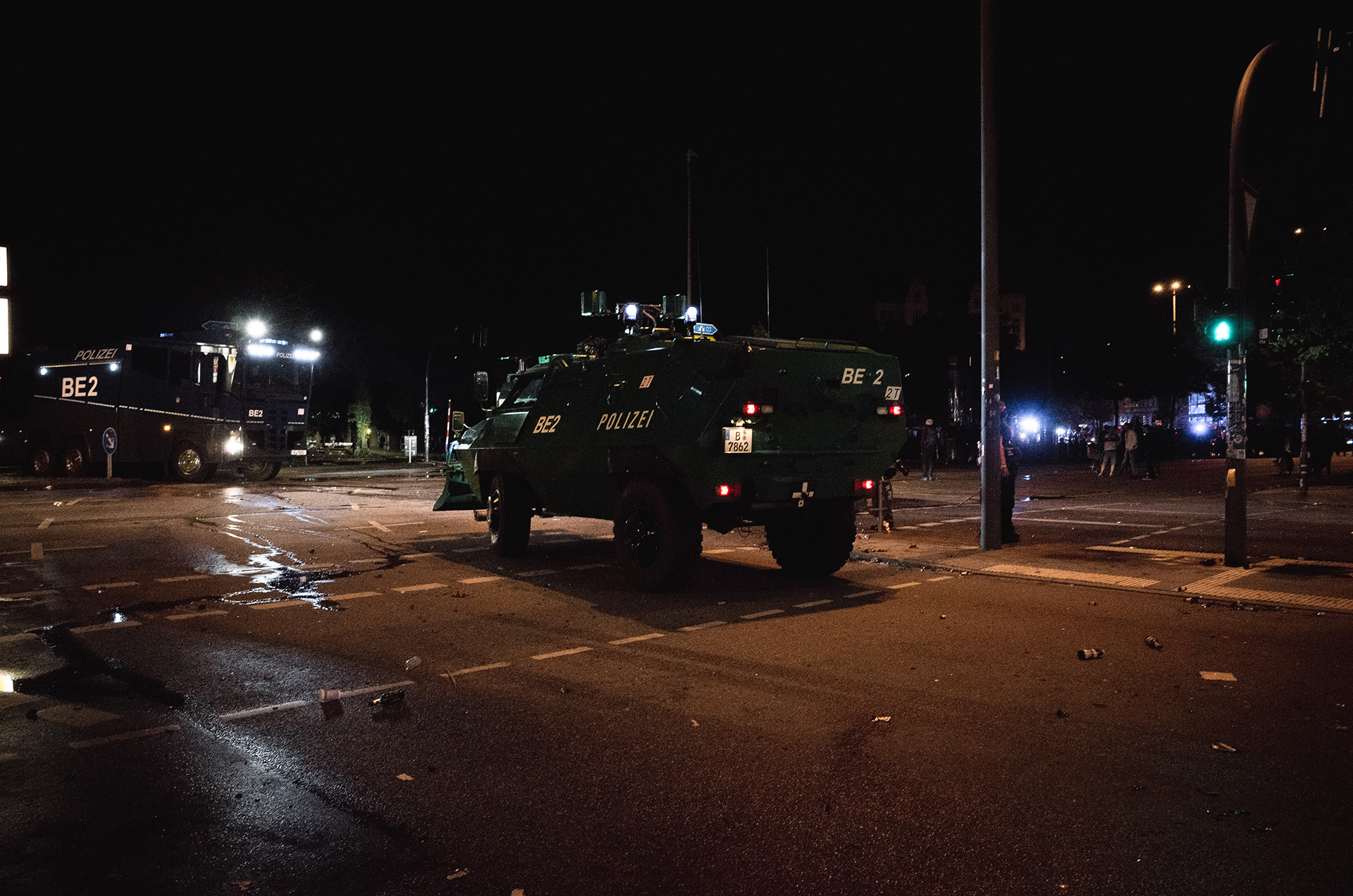 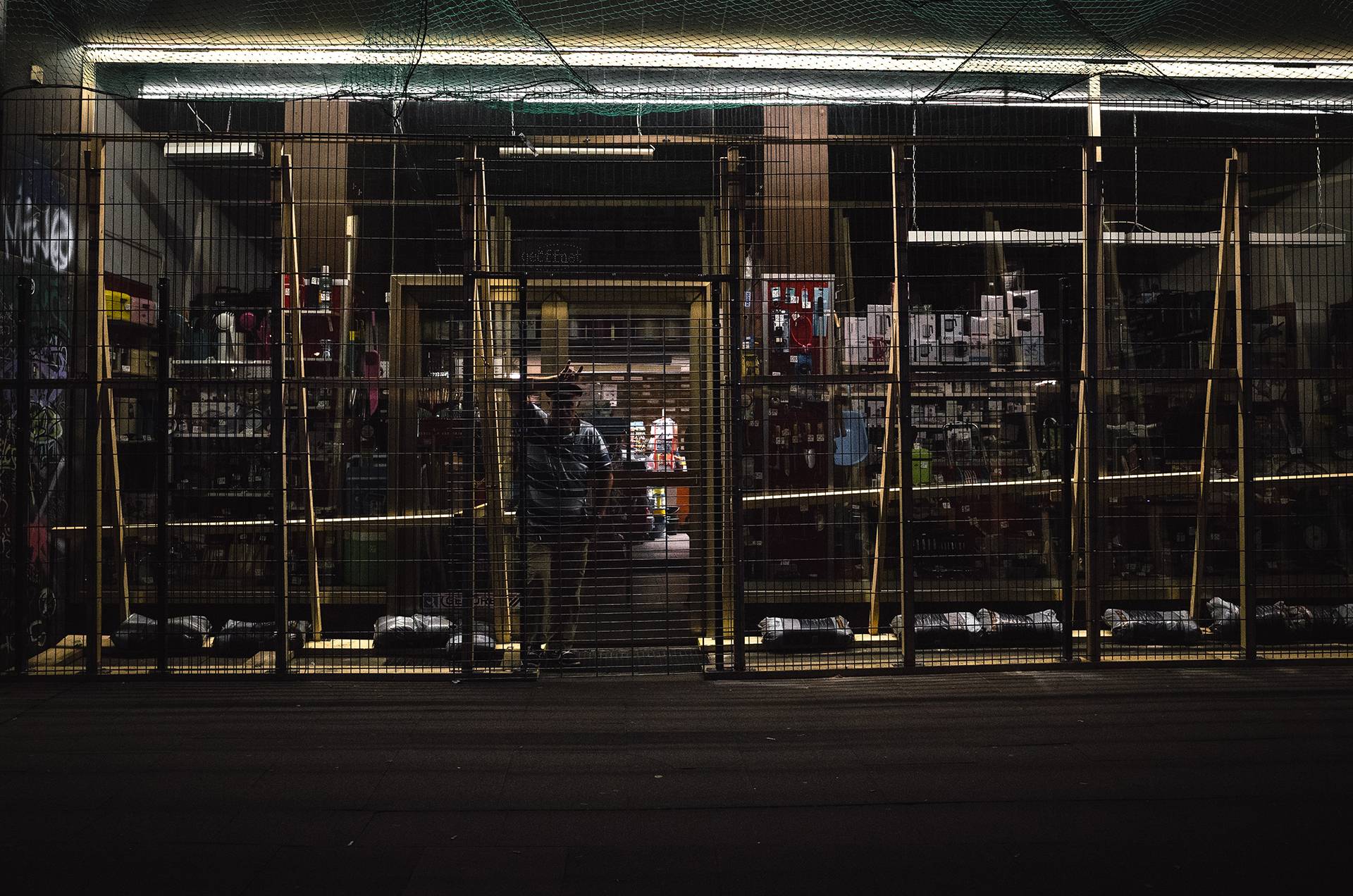 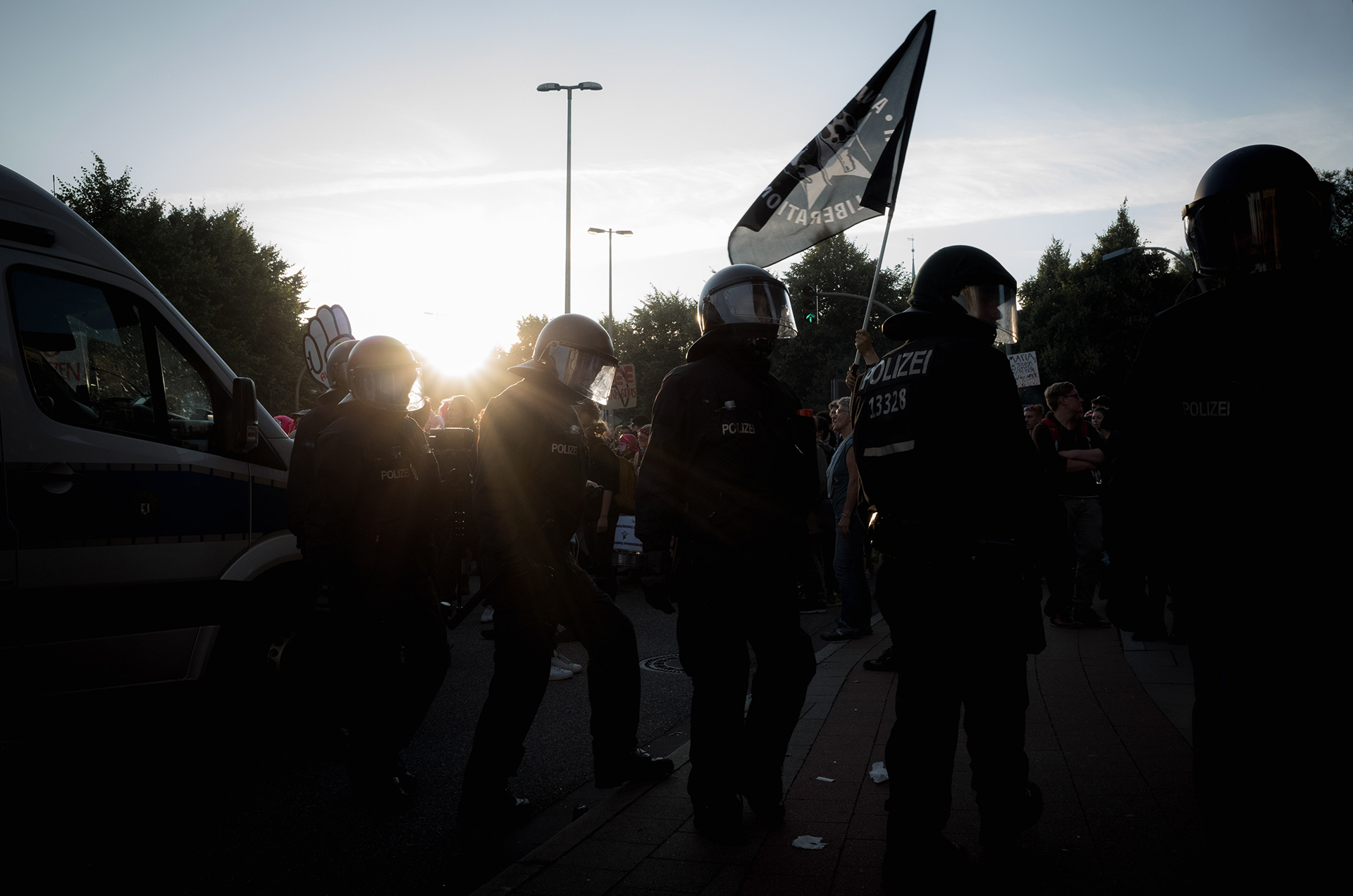 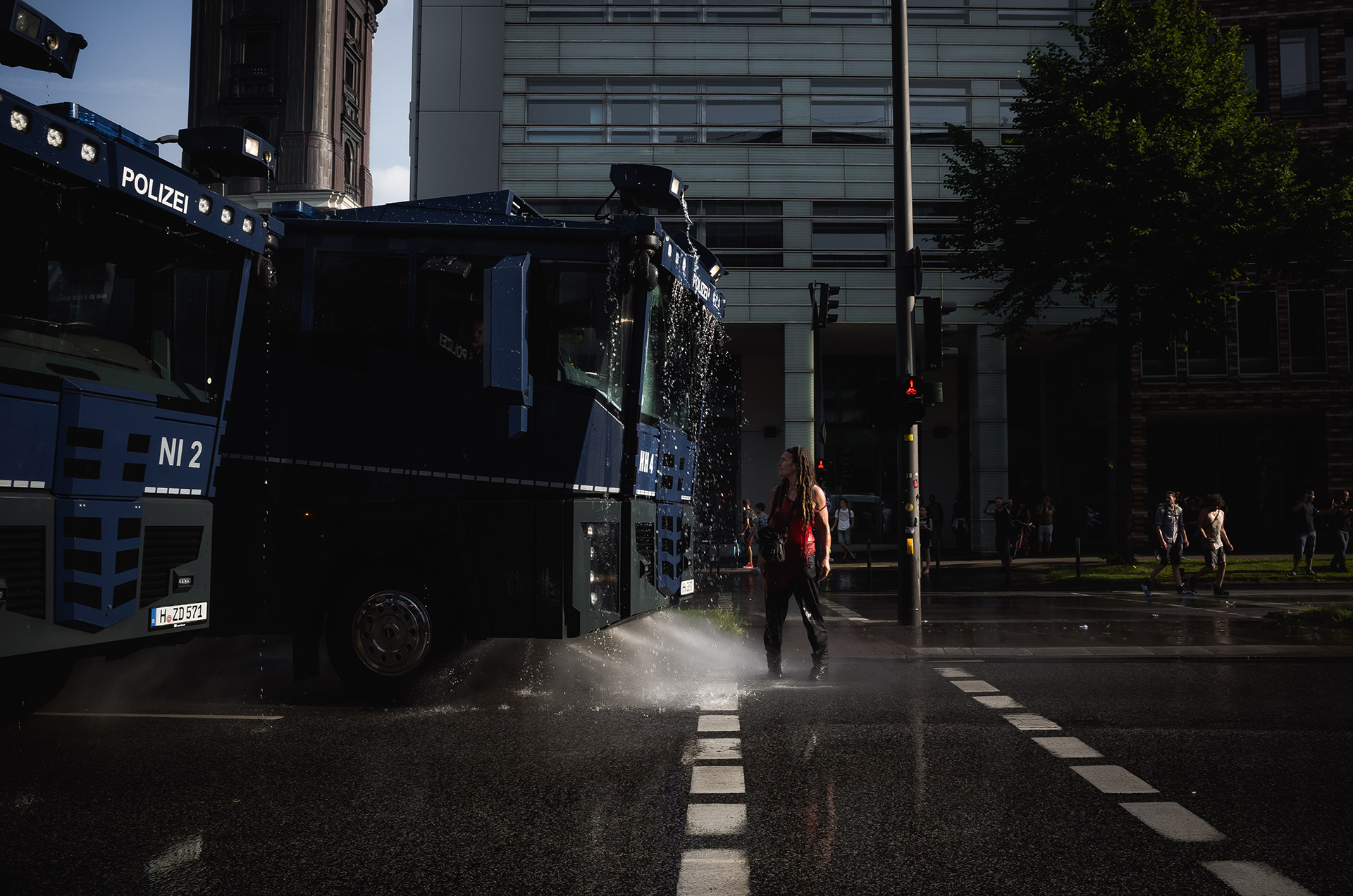 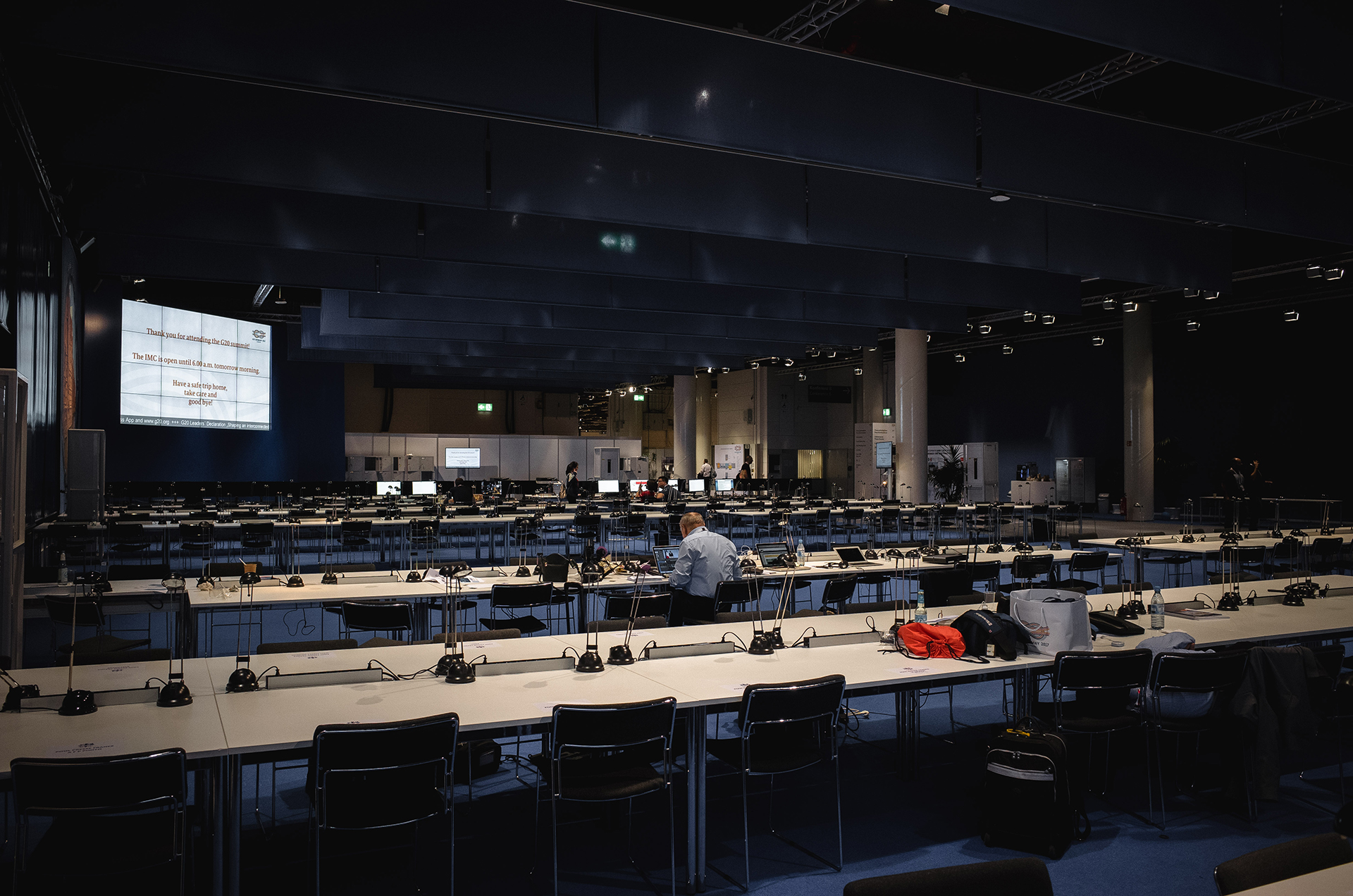 In July 2017, Hamburg hosted the G20, the summit of the heads of state of the world’s major countries, which took place a few months after Donald Trump’s first term in office, and shortly before the strong tensions in Catalonia. In this hot and tense climate, violent clashes between police and demonstrators took place throughout the city. The streets of Hamburg were pervaded by rivers of black hooded people who set the city’s squares and main symbols of power on fire.